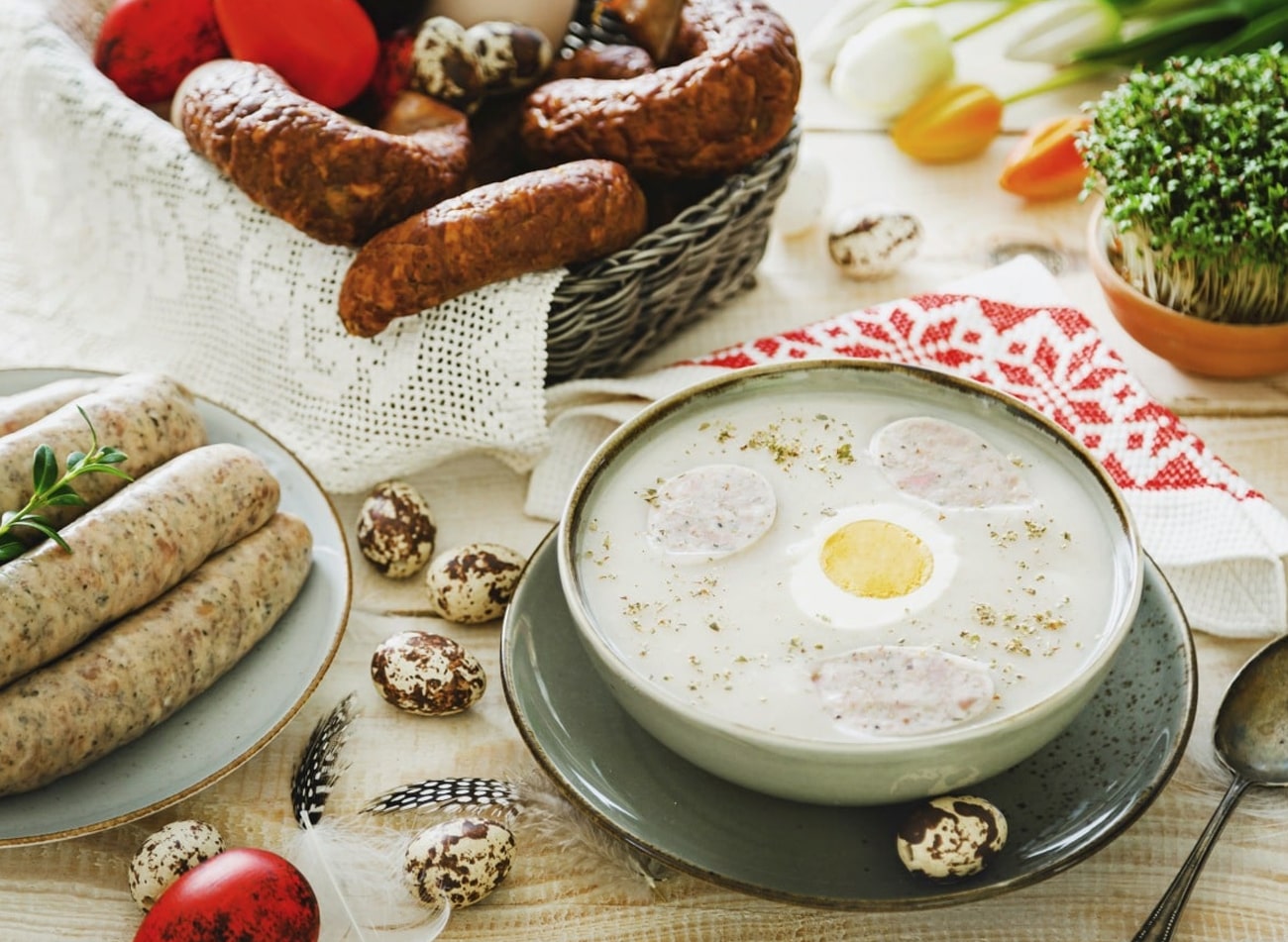 PREPARATION:
Pour 2 liters of cold water over the white sausage, bacon and peeled vegetables. Throw in dried mushrooms, peppercorns and allspice and add the bay leaf. Cook for about 1 hour over low heat. After this time, salt and strain the broth - from the broth we will need white sausage, bacon and mushrooms. Cut the smoked sausage into slices and put it on a hot, dry frying pan. While it is frying, add to it: finely chopped onion, sliced ​​cooked white sausage with broth, and diced bacon and mushrooms. Fry everything until the sausages and bacon are golden brown. When fried, put back into the drained broth. Then add the leaven to the broth (mix before pouring). Its amount will depend on our preferences - whether we like more or less sour sour rye soup, but usually it will be about half a liter. Season the sour rye soup with marjoram, cumin, thyme, horseradish and generously with salt and pepper. Cut 2-3 cloves of garlic finely or squeeze through a press and add to the soup. Boil for a moment until the aromas are combined. We whiten the soup with cream mixed with flour (the flour can be omitted) and a few tablespoons of sour soup liquid. Sprinkle with parsley. Before serving, put a hard-boiled egg in eighths into each bowl.
Bon Appetit!